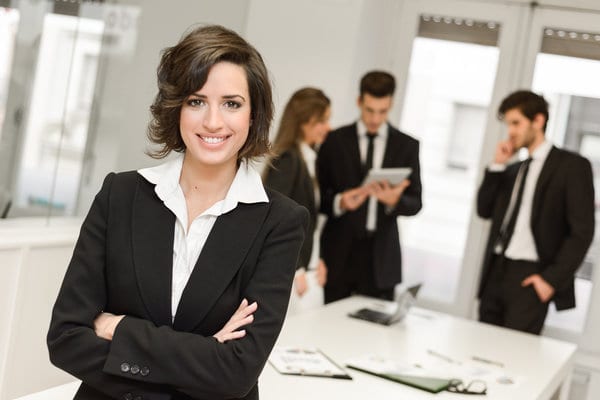 With the British somewhat infamous for their reluctance to acquire a second language, it is fortunate that English is a global language.

But when it comes to business, not everyone is resting on their laurels. Here are five British entrepreneurs bucking the mono-lingual trend.

Founded in 2014, Whaites moved to Sweden to set up his embroidery business. But rather than relying on the renowned linguistic abilities of the Swedes, Whaites chose to do a four month intensive Swedish course to help him assimilate. Now fluent in the language, whether it comes to networking with his Swedish colleagues or communicating with his staff, Whaites has the Swedes in stitches.

Emma Sinclair in any language is a talented woman. Not only is she multilingual, but at the age of 29 she was the youngest person in the UK to float a company on the London Stock Exchange. A serial entrepreneur, she is now the co-founder of EnterpriseJungle, an application service for businesses. Add on being the first mentor for UNICEF and Barclays’ entrepreneur programme, and an MBE holder, and that’s what you call impressive in French, Spanish, and Italian.

After studying Russian Literature at university, Jenkins spent eight years in Russia working as a commodity trader for Glencore. Unfortunately his time in Russia came to an end after a death threat was left at his door. On the upside for Jenkins, this led to a return to the UK, a subsequent MBA and the birth of Moonpig. After years of using correction fluid to customise the messages in greeting cards, in 1999 Jenkins launched Moonpig, the personalised greeting card service. Perhaps his first greeting card should have read: ‘From Russia, with love.’

Co-founder of Lastminute.com and MADE, Hoberman studied French and German at Oxford University. Hoberman credits his time studying languages as a significant benefit to his entrepreneurial skills, from his ability to process large amounts of information quickly to the expansion of Lastminute.com across Europe. A CBE holder for his contribution to entrepreneurship, Hoberman has set up several entrepreneurial initiatives: PROfounders a venture capital investment fund, Founders Forum, an invite-only entrepreneurial discussion group and Founders Factory, an incubator and accelerator for tech start-ups. With Founders Factory planning to launch 200 tech start-ups in the next five years, Hoberman really is proof that languages do mean business.

Fane studied History of Art and Italian at university. While spending her third year abroad, she hit upon the idea of creating a website to help students navigate the challenges of studying and working abroad. This was the beginning of ThirdYearAbroad, a social network for third year students and graduates in the UK. The site provides help and advice on spending a year abroad for the first time. Now an adviser for Speak to the Future, a language campaign, Fane is committed to encouraging more people to follow in her language and entrepreneurial footsteps.